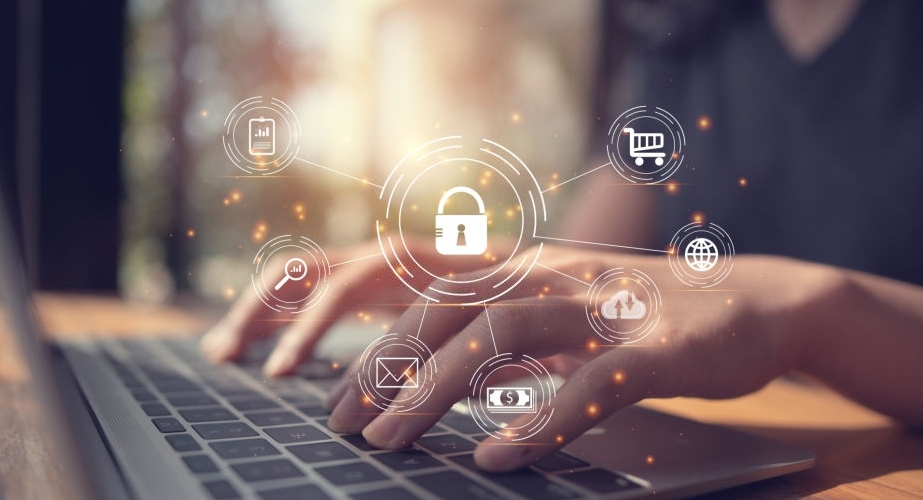 Following recent controversies in 2020, Google has announced plans to create a privacy-focused web, which is equally non-invasive of user history and supports the work of advertisers and publishers.

Most recently, Google pledged to render third-party cookies obsolete in Chrome to increase web browsing privacy for users. However, unlike Safari and Firefox, who have blocked cookies for some time, Google is implementing a new set of technical solutions to replace the annoying tracking system of cookies.

Google ensures the new privacy-focused web will address the demands of users, advertisers and lawmakers – not only promoting greater privacy but transparency, choice and control over how web data is used.

While other web browsers have responded to the privacy demands of consumers and lawmakers by blocking third-party cookies entirely, Google recognises this is not a sustainable solution.

Removing cookies negatively impacts websites that rely on ads for income and encourages opaque tracking techniques such as fingerprinting, which actually reduces user privacy and control.

Device fingerprinting is an invasive practice that collects small characteristics of user activity to build a unique user profile similar to the cookies system, which aims to identify the person using it. But fingerprinting works around ad blockers and users who clear their cookies. Instead, this profile is created without using cookies, but uses the browser settings set by a user, including IP address, browser extensions, fonts and plugins. Fingerprinting, unlike cookies, is more difficult to detect, and user profiles are difficult to erase.

Google’s new set of technologies is called the “Privacy Sandbox”, comprised of five Application Programming Interfaces (APIs). Using browser-based machine learning and other non-invasive techniques, the Privacy Sandbox will group users with similar interests together. This allows advertisers to promote relevant ads based on that group’s interests and demographics without actually tracking the individuals.

Google is hoping the Privacy Sandbox will not break the current infrastructures of sites that use cookies and continue collecting data that is useful for advertisers, but avoids using unethical, invasive and annoying tacking devices.

Google states digital advertisers no longer need to rely on user tracking to achieve successful results, “People shouldn’t have to accept being tracked across the web in order to get the benefits of relevant advertising. And advertisers don’t need to track individual consumers across the web to get the performance benefits of digital advertising.”

Hence, the Privacy Sandbox is both non-invasive to user privacy and instead supports a healthy, ad-supported web. Google aims to implement the Privacy Sandbox with out-of-the-box strategies to their current web technologies within the next two years.

In particular, Google has released testing results and information for one of the API’s, which they refer to as “FLoC” or “Federated Learning of Cohorts”. FLoC will be a live extension in the Chrome browser, anticipated to launch by the end of the year. FLoC’s primary purpose is to prevent individual user tracking and implement anti-fingerprinting measures to discourage these kinds of deceptive and intrusive techniques

Google’s transfer to an ad-supported web has already begun. In February 2021, Chrome rolled out a new system that limits insecure cross-site tracking. The system treats cookies that don’t include a SameSite label as first-party use only and requires cookies labelled for third-party use to be accessed over HTTPS.

Until the release of the complete operating system, “this will make third-party cookies more secure and give users more precise browser cookie controls,” Chrome Engineering Director Justin Schuh wrote in the announcement post.

A Look at Google’s Corrupt History with Public Privacy Invasions

Recently, Google has been involved in many controversies centred around privacy concerns, including, but not limited to, the misuse of user intellectual property, violations of user privacy and manipulations of search results to push advertisements. The following three recent Google controversies can be seen as the catalyst for Google’s newly released privacy-focused strategy.

In October 2020, the US Justice Department sued Google over allegations that its search and advertising invaded public privacy and violated federal antitrust laws. These antitrust allegations and the multibillion-dollar lawsuit accuses Googles of exploitative monopolistic practices.

Indicting Google uses problematic business practices to secure its market share of online searches, including paying billions of dollars to become the default search application on smartphones and on a wide array of other devices and services.

In addition, Google made UK news headlines in September 2020, as the UK Government filed a lawsuit against Google’s YouTube platform for “knowingly violating privacy laws in the country by tracking children online”.

Alleging that YouTube systematically breaks underage privacy regulations and data rules in both the UK Data Protection Act and Europe’s GDPR by unlawfully harvesting the data of “million to children” to target advertisements.

And no, the bad PR doesn’t stop here…

Most recently, Google got into trouble with the Australian Government, as Google threatened to remove all search services from Australia due to the News Media Bargaining Code, which aims to create an equal relationship between news publications and tech-giants.

The Australian Code is a world first, which requires Google to pay news outlets for sharing their original content on its search engine. Google was obviously frightened about the Code because it would establish a new universal norm for distributing news information. If the bill were signed, Google would be forced to pay every media outlet in the world to use their original news material.

As a result, Google preferred not to comply and instead, voluntarily leave the Australian market. Let’s not forget that Google left the Chinese market in 2010; Google has the power to do anything they wish at any time.

Hence, users and lawmakers are demanding greater control over how their data is used. It’s clear this pressure was the force for Google to implement new strategies to improve its privacy policies.

Although Google is the most widely used search engine and internet browser worldwide, Google is so disconnected from its consumers that it can be considered the “boomer generation” of search engines. Google’s business model is stuck in the “old school” way of operation, with the search engine still dominated by paid ads and data mining.

As a result, Google is finally taking some action and responding to its users’ complaints – because if they don’t, they know soon they will lose their gigantic market share.

What Does This Mean for Advertisers?

New updates to Google Chrome will surely be a massive shakeup to all aspects of the digital advertising industry, as Chrome has a substantial digital presence with a 69% market share on desktop and a 40% share on mobile worldwide.

The good news is – even though trials are set to begin by the end of the year – Google predicts the strategy will take at least two years to implement, and Google has said they are open to working with advertisers to make sure all industry stakeholders will benefit from the new systems. So, there is plenty of time for digital marketers and business owners to prepare for dramatic changes.

Particularly the removal of third-party tracking and data use means digital marketing agencies will have to use other avenues to collect user-data.

But Award-Winning Digital Marketing Agencies can help! As experienced digital marketers expect first-party tracking, and closer partnerships with publishers will be the solutions. Although more challenging to implement, these avenues will continue to allow advertisers to target specific audiences for advertisements.

What is for sure is massive opportunities lie ahead for early adopters of Google’s new technologies. Come 2022, businesses of all sizes will need digital marketers to guide them through the more complex digital sphere.

Even now, strategic decisions are difficult to forecast, and no strategy can be expected to succeed. It would be difficult to speculate where to spend promotional funds in order to get the best out of digital media campaigns. But new avenues allow for new opportunities, which were never possible with the older ways of thinking.

Many experts believe a future landscape without third-party cookies will result in better transparency, higher ROIs and more significant attribution for the digital marketing industry, and better privacy control for consumers.

In fact, Google’s testing teams have claimed the new FLoC mechanism has a potential 95% increase in conversions per dollar, when compared to cookies’ ability to reach in-market and affinity audience types.

Every business owner must make sure they are informed about the possible shakeups in digital advertising. Particularly with alterations to multifaceted systems alike third-party cookies – where everyday business owners are unlikely to understand their complex mechanisms – because the entire digital marketing landscape can change overnight.