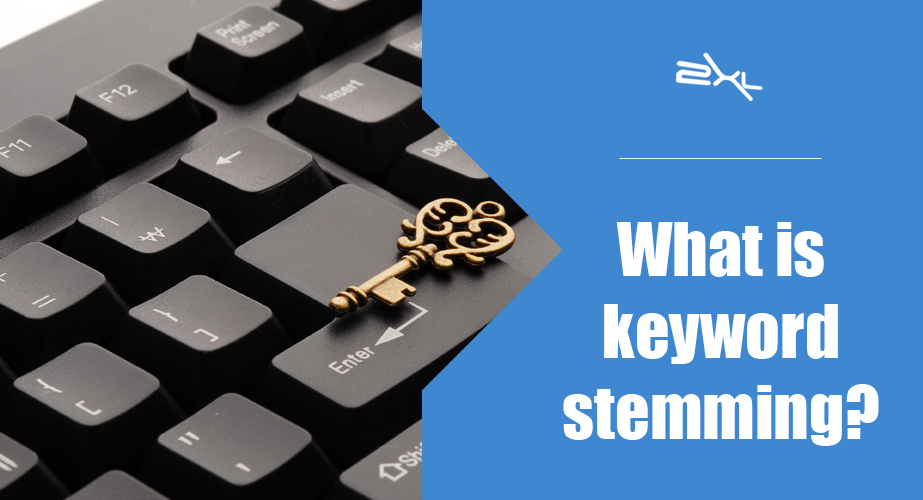 Google can read and analyze texts very well. It understands that walk, walks and walking all boil down to the same thing. Also, Google knows that baby is basically the same as babies. How? By using something called keyword stemming. This gives you the freedom to alternate between different word forms while writing your text. For longer tail keywords, we also recognize the words when you use them in a different order.

What is keyword stemming?

Stemming or keyword stemming refers to Google’s ability to understand different word forms of a specific search query. It’s called stemming because it comes from the word stem, base or root form. To give an example: if you use the word ‘buy’ in a sentence, a stemming algorithm will recognize the words ‘buys’, ‘buying’ and ‘bought’ as variations of the word ‘buy’ as well. Some SEOs also differ between stemming and lemmatization.

When people talk about keyword stemming or a stemming algorithm, they mean that the algorithm is able to recognize different word forms of a certain keyword. That’s exactly what the word forms functionality in Yoast SEO does. In regard to synonyms: we do not automatically detect these, but we do allow you to enter synonyms which will then be taken into account in our SEO analysis.

May be we should have called our word forms functionality stemming. But it’s a difficult word to explain to people. So, we’ll stick with word forms.

Google has become very smart. It understands text. It understands context. In order to stand a chance in the search engines, you need to write awesome texts that show your authority on a certain subject. Content stuffed with keywords does not rank anymore. Google hates that and your users hate that.

You need to use synonyms and related keywords in your content to make it pleasant to read and to make it rank! You also need to use different word forms in order to write a post that is easy to read. Thanks to stemming, we can tell that they belong together.