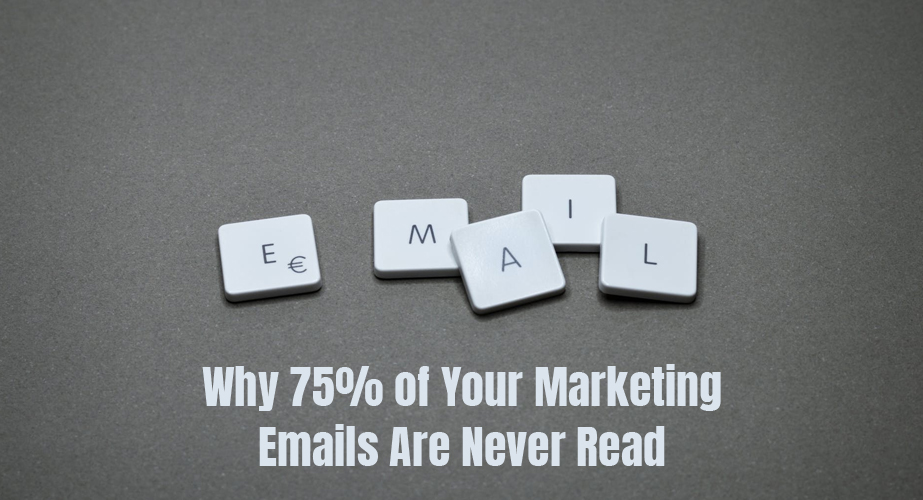 Emails have a short life. But many don’t have a life at all, according to a recent Adobe survey – into attitudes toward email. Amongst the many insights and data we unearthed, two that stood out for me are opened and read, which means 75% of everything you send is ignored. And when they are read, 50% aren’t considered useful.

It’s easy to conclude, as is so often the case, that this must mean marketing emails are dead. But it would also be wrong. Because we found that people check email habitually and almost always before they go to work. It’s an intrinsic part of people’s lives. They’re not ignoring their email, they’re ignoring the emails they get sent.

So what are we, as the originators of all that ignored content, missing?

Relevance (or a lack thereof)

It’s a big word in marketing and we’d all like to think we’re relevant, because if we’re not then we’re irrelevant. But if most of what we send by email isn’t read and half of what is read isn’t useful, then irrelevancy is what most of us are achieving.

Being relevant isn’t just about appealing to someone’s interests. It’s about doing this at the right time, while not overdoing it. An email with discount codes may contain relevant content – the recipient is interested in saving money on the goods – but if the same offer is sent out every day for months on end, it loses its urgency, so it’s ignored. It is now irrelevant, even though the content is useful.

Responsibility (for getting it right)

Too often, and especially in B2B marketing, we give the job of building the relationship that turns marketing leads into sales prospects to the sales development rep (SDR).  But often they are not the right people for this task and it’s not fair to expect them to take it on, especially when it involves creating a perfectly pitched written copy. SDRs are often at the beginning of their careers and this level of responsibility requires more experience and capability than they can offer.

The point of investing time and money in marketing is to prime potential customers, so when they answer our first call they’re on board. To compromise such a crucial point in the development of the relationship with a poorly composed, inaccurately targeted marketing email wastes that time and money.

Instead, responsibility should lie with people with the skills needed to do this successfully. I regularly check on what we send out because I know people go off the script, from poor use of language to a lack of professionalism. I also know that it’s my job to make sure these issues are dealt with, rather than landing it on someone without the skills or knowledge to do so.

Respect (for the message and the recipient)

It shouldn’t be difficult to spell properly, use the right grammar and correctly construct sentences in the right way. And if it is, then it’s not difficult to find someone who can. Getting this stuff right is not about pedantry and nitpicking. It’s about treating your audience with a level of respect. We’ve taken the time and care to make this read well because we value your attention.

People in positions of influence will respond better to properly articulated messages. And although many people won’t notice a stray apostrophe or an overlong sentence, they’ll notice that they won’t understand the message because it’s too difficult to read.

Email still matters to marketing, and to the people we’re trying to reach. It’s wound into our lives in a way that social media still isn’t, which our survey shows isn’t checked by most people until they get to work.

It may not be as dominant as it was, but email isn’t not going anywhere, and it still offers the chance to get the right message to the right person at the right time. Now it’s time to do a better job at delivering that message.